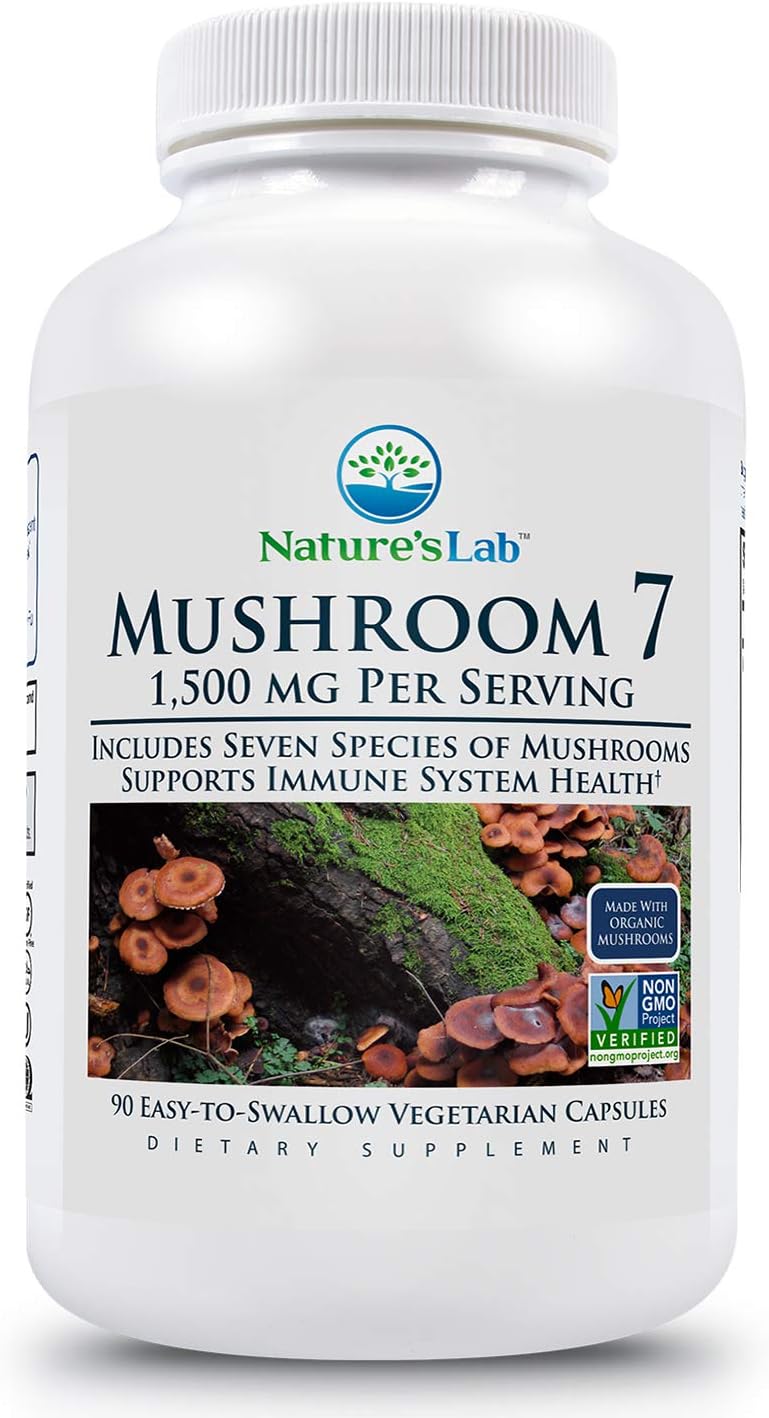 REISHI (Ganoderma lucidum): Considered a powerful herb, reishi mushrooms have a history dating back over 4,000 years, with written documentation of their benefits dating as far back as the Han Dynasty (206B.C â 8 A.D.). Also known as the lingzhi mushroom in Chinese, representing a combination of spiritual potency and longevity with the words âlingâ and âzhi,â this powerful mushroom is a large, dark mushroom with a glossy exterior and woody texture. While rare in the wild, this mushroom has been commercially cultivated and scientifically researched since the 1960s for its potential benefits towards general wellness.

HIMEMATSUTAKE 'BRAZILIAN AGARICUS' (Agaricus blazei): The origin of the brazilian agaricus mushroom species stems from the mountain village of Piedade, about 60 miles north of SÃ£o Paulo, Brazil. Historically, this species of mushroom was first referenced medicinally as far back as the Byzantine empire, illustrating that this potent mushroom has a long tradition of medicinal use. Gaining popularity in the 1970âs, the brazilian agaricus mushroom remains under intense study by major scientific journals for its promising benefits.

MAITAKE (Grifola frondosa): Native to the mountain forests of Northeastern Japan, maitake mushrooms are also known as phantom mushrooms because of their rare presence in the wild. This potent mushroom has been used traditionally for centuries as a medicinal mushroom prior to modern cultivation techniques which make this rare mushroom readily available. In ancient times, the maitake mushroom was a treasured food and healing source. Today, the maitake mushroom is cultivated for its high levels of protein-bound beta-glucan polysaccharides, which are extracted for their potent qualities.

LION'S MANE (Hericium erinaceus): With a long history of use in traditional Chinese medicine, lionâs mane, also known by the Latin name Hericium erinaceus, is an edible and medicinal mushroom belonging to the tooth fungus group. Originating in North America, Europe, and Asia, this mushroom is identified by its long spines and is known to contain high amounts of antioxidants, beta-glucan and polysaccharides that are extracted from the mushroom for their medicinal properties.

SHIITAKE (Lentinula edodes): The earliest written record of cultivation of the shiitake mushroom dates back to 1209 during the Southern Song dynasty in China. Native to various parts of East Asia, the Japanese began cultivating this mushroom species in 1930 by cutting shii trees with axes and placing logs by trees that were already growing shiitake. Now widely cultivated all over the world, shiitake mushrooms now contribute about 25% of total yearly mushroom production. Rich in selenium, iron, fiber, protein and vitamin C, these mushrooms are widely hailed for their properties aiding in general wellness.

FU LING (Wolfiporia cocos): Considered an ancient Chinese herb, the fu ling mushrooms, also known as poria mushrooms, have been used medicinally for about 2,000 years. These mushrooms, which grow on the roots of pine trees in China, are also known as Indian bread or China root. The filaments of fu ling mushrooms- where all the nutrients are stored- are harvested for their medicinal qualities and ground into powder for utilization in many natural remedies.

TURKEY TAIL (Coriolus versicolor): True to its Latin name Trametes versicolor, the turkey tail mushroom comes in many colors and various bandings which, paired with its unique spoon-like shape, makes for a mesmerizing mushroom that is still considered potent and powerful in the scope of its potential uses. Commonly found on the bases of large trees and decomposing wood, this particular species is rich in polysaccharides and beta-glucans, making this species one that is widely medically researched and highly esteemed in relation to its long history in Chinese medicine.

*These statements have not been evaluated by the Food and Drug Administration. This product is not intended to diagnose, treat, cure, or prevent any disease.

At Nature's Lab, we take pride in providing high-quality supplements you can depend on. We work hard to keep the trust and loyalty of our customers by dedicating ourselves to consistency and science at every stage - from initial research all the way to your doorstep.

"p" Nature's Lab only sells products that we trust and use. With our dedication to wellness in mind, Nature's Lab makes a promise to provide quality dietary supplements for years to come. In the face of socio-economic changes such as fast-paced lifestyles, soil depletion, non-organic food sourcing and more, diet alone can be an insufficient solution. Our supplements are created to help make wellness goals attainable for our customers for generations to come.

* These statements have not been evaluated by the Food and Drug Administration. This product is not intended to diagnose, treat, cure, or prevent any disease.

Flooring to suit any space

We are excited to be the exclusive launch partner of Wools of New Zealand, bringing our customers beautifully crafted natural homegrown wool carpet, through our 61 stores across New Zealand.

We’re delighted to be the Broadcast Sponsor of
Three's The Block NZ. This season showcases four stunning builds that are the most impressive architecturally designed houses The Block NZ has ever seen. Join us each week, as we take a look the teams' finished rooms and see how they have bought their ideas (and flooring) to life!

Installing your own flooring is a cost-effective, practical way to transform a room in your home. At Flooring Xtra, we’ve made it easy for you to order your flooring, underlay and installation accessories all online via our click and collect service. All you need are the measurements of the room you’re looking to update and we take you through the process step-by-step.

Whether you’re buying a beautiful rug or putting new flooring through all of your home, you can make your big purchases on our interest free or payment holiday terms. These easy finance options give you that much needed ‘breathing space’ or even the option to upgrade to something you may have your heart set on.

Find out more
Get a free measure and quote
Book Now

Get a free measure and quote

Book your free measure and quote. Now is a great time to get planning for your next project.

Learn about the cleaning solutions available for your home and make a booking to request a free estimate.